The Western Canadian Arctic at Cape Bathurst is closed to marine navigation with a 5/10 Beaufort Sea ice blockage. Will the Canadian Coast Guard (CCG) respond with icebreaker escorts?  Only if the vessels needing help makes early requests - i.e. BEFORE DEPARTING CAMBRIDGE BAY.

This is the last place the "Fat Lady" is likely to sing but she is already warming up... early freeze-up? 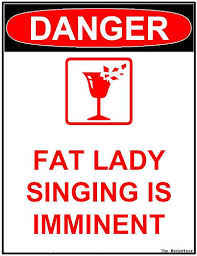 I read the rower,s lament last night. Unfortunately for them, Mother Nature has to help the rest of the world to see the ‘light’ in regards to who actually controls the weather. Mother Nature is also saying that it is time to leave the region while it is safe. I was just looking at the Arctic Weather Map. The temp map shows a growing cold spot to the west of where they are now , which is the area they will have to traverse to reach their goal. The wind map shows the flow as WSW, so that is pushing the ice pack towards the Canada/Alaska coast. There is also a storm currently that is sitting to the west of the boats and is moving into the the region that need to traverse. The ARCo ice speed and drift has also changed swiftly over the last 4 days to an unfavorable southwest flow. This threatens to cut off their western exit. The rowers in particular will have to make their minds up soon. That is a brave and bold attempt on their part to attempt the transit, although in part for the wrong reason. I hope they all stay safe and make a good journey back. One boat, the Libellule has a mom with two teenage daughters on board. The mom had bemoaned the fate of her fine wines, which fell victim to the cold conditions and were thus ruined. There is a big questionmark whether they would be tough enough to survive the Alaskan seas, if they can make it that far. There are several seaman from Alaska who have blogged with them and have been telling them what they can expect from the Bering Sea in late September. They make it sound like only experienced sailors should attempt the crossing.

It has been interesting following this story. My initial interest in the Arctic is due to the 'climate change' argument. When I came across the NWP 2013 link, your storyline immediately fit in with the Arctic data which I had been viewing lately. Then my inner thoughts went to work on analyzing a most likely scenario. I almost posted my comment of the 23rd on your blog, except for the thought 'who am I to propose such a forecast to such experienced sailors'. Besides which I am just a fricking cat! Who would believe some old cat?

I think you are retelling what has been going on this blog for some time now... so glad YOU GET IT... many people don't when it comes to putting the pieces together to see the bigger picture. Thank you for your comments - looking forward to more.

I used ARCo daily info and 'http://www.weather-forecast.com/maps/Arctic?over=pressure_arrows&symbols=none&type=wind', plus a few other sources to get an overview of current Arctic conditions. The above comment from the 23rd was my interpretation of all of that. Note the time that I posted mt comment from the 23rd. I have learned much about the Arctic though, from following this excellent storyline of yours. I haven't read anything about the NWP since the 60s, when I used to read a lot. It is great to update and refresh with new input.

Might there be a possible window opening to the west right now? It looks like clear skies for some days ahead through that area, from weather forecast.com. The ARCo data also shows a rise in sst along that route. Overall regional temps are forecast to rise over the next 5 days slightly. The only negative seems to be the ice drift, but if that were to change 2 or 3 days from now?

How is the Polar Bound doing? Did he take a different route instead of heading to Cambridge Bay?

POLAR BOUND arrived Cambridge Bay this morning and I think he is heading for Bellot Strait with a new guest logbook for visitors to sign. Stay tuned and we will see.

Thanks for the update. Must be a good party at Cambridge Bay for so many people to go to such great length and risk just to have a drink.