MainstreamLastFirst - THE POINTY END IS THE BOW - YOU ARE ROWING BACKWARDS - ONLY AN ARTIST PROBLEM? HOW MUCH OF YOUR "ANTIFREEZE" REMAINS?

COULD JUST ANY CLOWNS MADE THIS DRAWING UP? SEE BELOW. 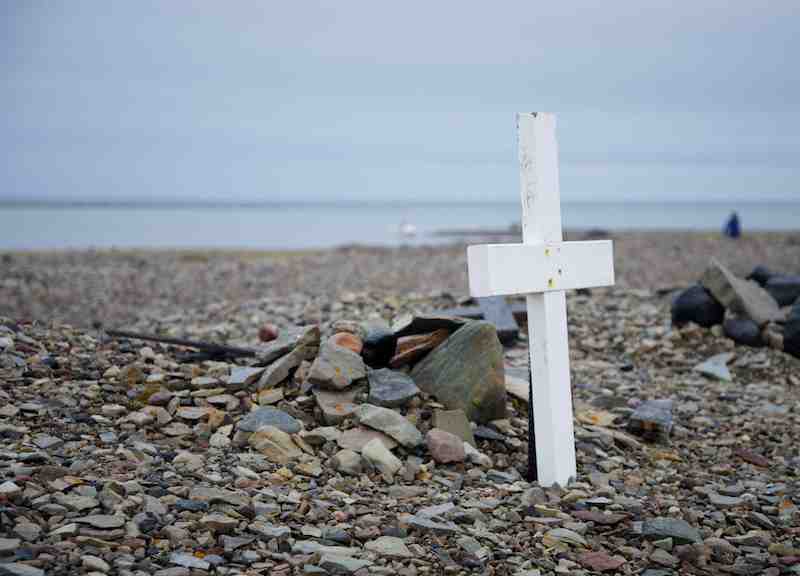 Jane Griffin, the wife of explorer Sir John Franklin was the exact opposite of her bland, humourless husband. She was a dynamic spirited woman with huge aspirations hamstrung by the traditional Victorian values of the time. Her outlet became her husband’s career, channeling her own go-getting personality into the stagnancy and lassitude that was his. She pushed Sir John Franklin to undertake his infamous Northwest Passage expedition making convincing arguments that it was essential for his stature and his career:
“The character and position you possess in society and the interest – I may, celebrity – attached to your name, belong to expeditions and would never have been acquired in the ordinary line of your profession.” 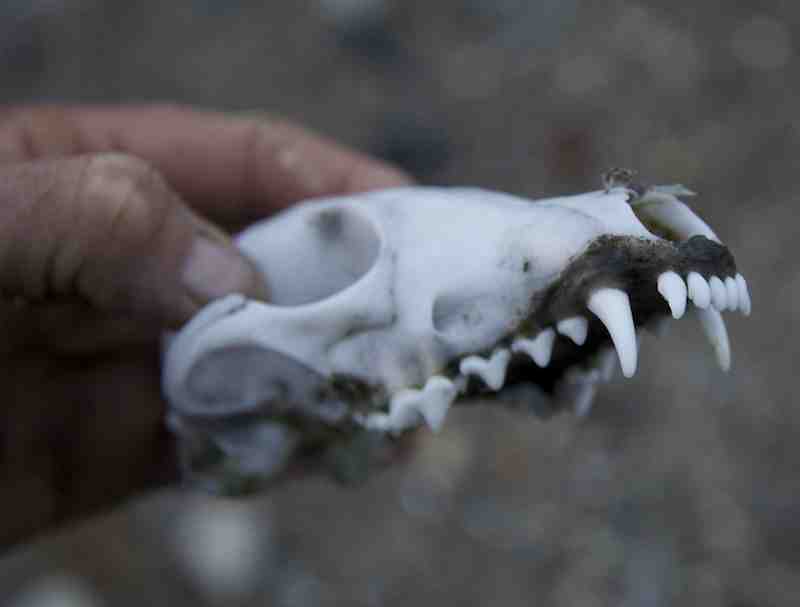 When Sir John Franklin disappeared on his Northwest Passage quest, she would fund numerous expeditions to find him. Ultimately it would be one of her personally funded expeditions, not the British Navy’s, that discovered the truth of her husband’s faith.
We’re currently moored at the tip of Cape Lady Franklin at the edge of the Coronation Gulf. It’s a milestone for us as we’ve left the mainland and are now on the shores of Victoria Island.
An email greeted us this morning saying: “Congratulations on reaching Victoria Island. Austin Bay is always notorious for the bad currents and it is amazing you made it in the single shot. Lady Franklin Point and Becher Point are welcoming you.” I suppose lady luck really did follow us yesterday.
Cape Lady Franklin is home to another decommissioned DEW Line station with it’s metal containers, domes and structures peering at us over the shoulder of gigantic man-made gravel ridge.

(Fast Eddie to Kevin, Turn those ladds around you are rowing the wrong way - the pointy end goes first. OK Eddie O. Just send more money to Royal Bank of Canada in Cambridge Bay - we are totally out of it.) 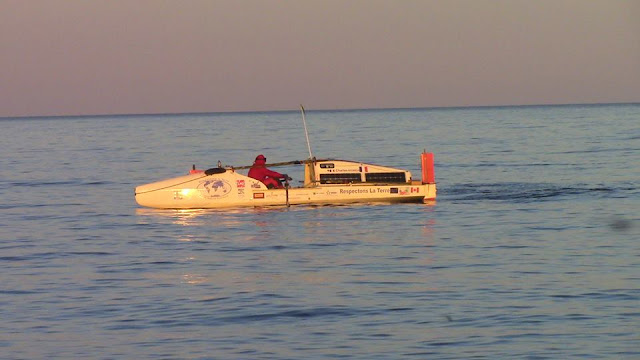 Maybe Charles Hedrich (FR) knows something that Canadians and Irishmen don't?
Like which way to face to row your boat forward?
- - - end snip - - -

We’re hunkered down in a small plywood clad shelter cabin that serves as a hunting cabin at times of the year. Muskox, caribou and fox skeletons are scattered among the rocks as is various drying racks and tools used in the post hunt process.
The cabin is the perfect respite for us after several days of non-stop rowing. It’s a guilt-free pleasure as unfavourable winds are blowing outside. Spartan by normal standards this little 12ft x 12ft box is a 5-star hotel for us. Plywood bunks and cooking counter round out the interior – everything we need.
Catching our eye, a short distance from the cabin, are seven white crosses in the gravel. It’s an unexpected sight in such a lonely outpost but this appears to be a cemetery of sorts, a bulging roll in the gravel in front of each cross speaking to something beneath. The wood crosses appear new and seem to replace older ones that lie close by. There’s the remains of a cross of flowers blown some distance away, a few flowers still holding shape and colour. We’re hundreds of kilometres from any community and there’s no markings on the crosses.
I can’t but help wonder who these people were and why they’re here.
~Kevin


THE ARCTIC JOULE IS CAUGHT BY THE FAIRMONT WHICH DEPARTED WEEKS LATER - PRICELESS!!! 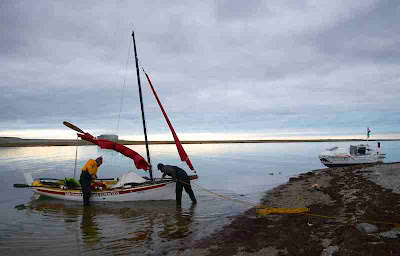 What a PRICELESS picture - Thanks.
And by the way - the graphic drawn by the ARCTIC JOULE rowers says it all... facing the wrong way - no wonder these jokers are up in the Arctic on corporate sponsors... but how did they get past a review of their project when they don't even know the bow from the stern of a boat?
THANKS FOR POINTING IT OUT - DARE DEVILS!

I think they are total exhausted and never in their dreams imagine it could be such an ordeal... I bet Kevin? (whoever the artist was) didn't even know he drew it backwards... just goes to show you the skill level in planning their dare-devil stunts - seat of the pants for sure.
Take care,
Doug