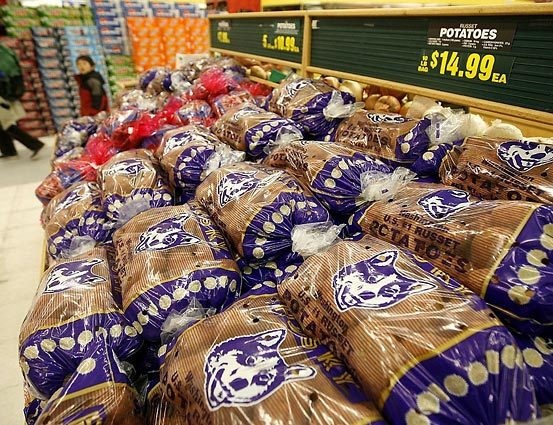 $14.99 for a 10lb bag of potatoes!
08/07/2013
Yesterday PM was the first time I realised that actually this expedition may be halted by the ice… I really didn't think that after 89 years the ice would be the worst in all that time (allegedly), but early this morning I was looking at the ice chart and it really is impassable for a stretch of 350-400 miles.

Dodo's Delight remains anchored 2 nm East of Point Hope. The weather forecast continues to predict northerly winds for the coming 5-7 days, which in turn is pushing ice south. Things aren't looking good. Communications with David Scott Cowper, aboard "Polar Bound" located further south in Dutch Harbour confirms our fears that we are running out of time (Scott Cowper was the first person to navigate the NW Passage single handed and is another experienced Arctic Explorer with a purpose designed and built motor yacht for the Arctic elements).

The open ice pack season in the Arctic is shorter to the West than it is in the East. We have a 1000 mile passage to make with no real cover and are very reliant on favourable winds. How long can we sit here, restlessly wanting to move north then East? Once we have made the dash across the north of Alaska things will become easier. Places to run to in inclement weather and from 125 degrees west the coast changes from an uninspiring tundra to a maze of inlets, islands, navigable sounds and thinner ice.

The normal navigable passage season is in August and September, and as we are basically treading water every day that passes makes success less likely - at least in 2013. Whilst the past two decades have seen the ice melt increase in longevity year on year, 2013 had been to date a reversion of the trend. Many are talking about it being a "bad ice year".

We are in communication with a couple of other boats attempting the passage both from our side (the West) and from the Atlantic. All are concerned. At present the ice is between 5 & 7/10ths from Barrow East for a distance of approx. 350 miles - impassable by most yachts, including Dodo's Delight.

Last night we had a crew discussion on options. If we get a break, we potentially could get to 135 degrees west before the winter bites back. At this longitude the Mackenzie river runs inland into the canadian Yukon territory and c. 120 miles inland there lies the town of Inuvik - a potential wintering hide. However the Mackenzie river has a complex outfall into the Arctic Ocean with many lagoons and tributaries with limited accurate charts. Just getting up the river would cause challenges.

So for now we sit and wait, fingers and toes crossed that we get a consistent Northerly.

Whilst we are protected, and have now found good holding (for the anchor), cabin fever is now on the cards. Five people, all with very different characters, on a small boat which is damp, condensation running everywhere, food staples being tinned varieties and the constant movement is bound to bring friction. We did buy two loaves of bread from the Native Store in Point Hope yesterday - US$10 a loaf! Our living area is little bigger than a garden shed or small bathroom.
Blog: http://www.richardnicolson.com/

Why you don't want somone making decisions without training and experience - THE ALASKA ARCTIC IS OPEN - take a look - of course you need to "always trust your cape." 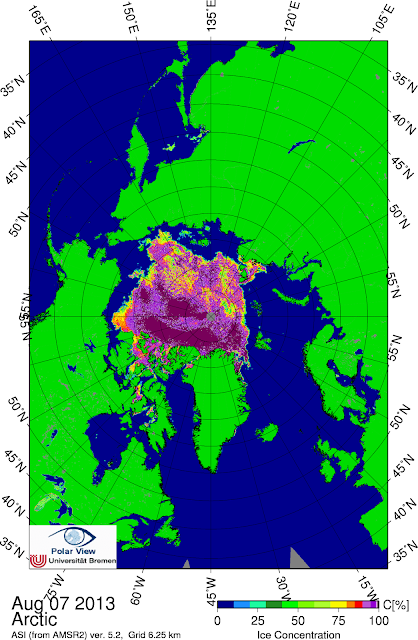 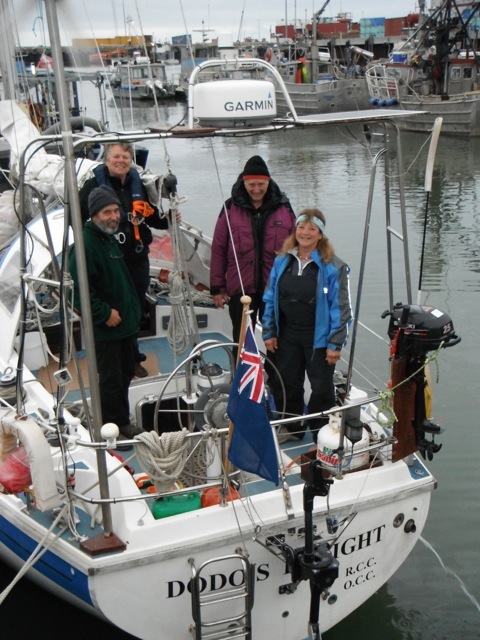 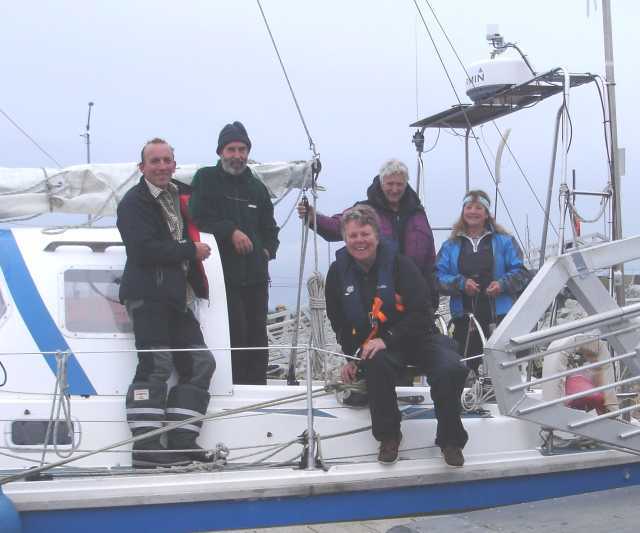 Whatever it was it remains a joke that anyone would stop at Barter Island for 15kts of wind... now three days later the weather is picking up and they could of been to a good harbor of refuge, Herschel Island. Sometimes you just cannot figure out what they are up to... but then maybe its the Captain and nothing to do with the crew? Likely. Age 78, need I say more?

This is Sophie, Richard Nicolson's partner here. I find it curious that you are leaving unhelpful and criticising comments on Richard's blog, yet you are happy to copy and paste the entire lot onto your own website.

Of course, it's a free world and everyone is entitled to their own opinion and are welcome to express as such. However, it doesn't feel very Corinthian to be so critical whilst at the same time carte blanch copying and pasting their photos, editorial and updates. It would at least have been polite to email and ask if he minded you doing so.

It's easy to be an armchair adventurer and, as I'm sure you know from your own experiences, when you're closer to the coal face it's always better to be safe than fool-hardy. They take their decisions with the information they have given to them at that point in time.

Richard (who is 46 incidentally) is raising a lot of money for the Ellen MacArthur Cancer Trust as part of this adventure. He's done two Whitbred Round the World Yacht Races (including the Southern Ocean legs) and countless Fastnets, and Atlantic crossings.

Should you choose not to be respectful of Dodo's Delight, their crew and the voyage they are making then please do not copy and paste their articles.

Sophie - understood but why is Richard using a 'ghost' writer? Then one who is posting Google images? I've never heard of such a thing in the many years I've been involved in the Northwest Passage - not once - if this is how he is raising money for a charity - then more power to you and him for whatever relationship you two have dreamed up to chronicle his time on DODO'S DELIGHT.... lol - I have to ask why did Richard - who you say is an accomplished sailor select DODO'S DELIGHT? Do you have any idea? And just for the record you do not call 15kts of wind a GALE, especially if the national weather service shows five days of calm weather.... lol So far the whole DODO'S DELIGHT name and NWP chronicles 2013 speaks volumes.... lol - I'm smiling! Smooth seas, Doug

As I have already e mailed you about the fact I send Sophie my blogs by e mail and she updates my site. Nothing unusual and I write them. Likewise I have told you that if I can't send photos, libary pictures are used (nothing unusual about that) and annotated as such.

If I mistakenly made reference to 15 kts and gales in the same sentance I obviously did not mean the same thing - an error or typo.

As for weather, what I see is what I write, today we had a f/c of 10-15 kts and had 18-28 kts all day. Fact so don't challenge me as that is what the instruments (calibrated) are showing.

Why D's D - because of the characterful and interesting crew.

Finally please stop re posting my blog and imges on your own or any other sites. I am enjoying my experience and wish to do so without the annoying input you are providing.

Sure thing Richard - if you write your blog why not post it directly? You do not need a 'ghost' writer girlfriend posting it. Library pictures? lol... OK, whatever makes you happy. No problem with your request re-posting but FYI your content is public domain once you post it on your public blog. It would be interesting to know how DODO'S DELIGHT plans to get out of the Arctic before it freezes. Any ideas or plans to share with your readers? Or maybe that is not going to help you raise millions for your charity? Good luck OM.