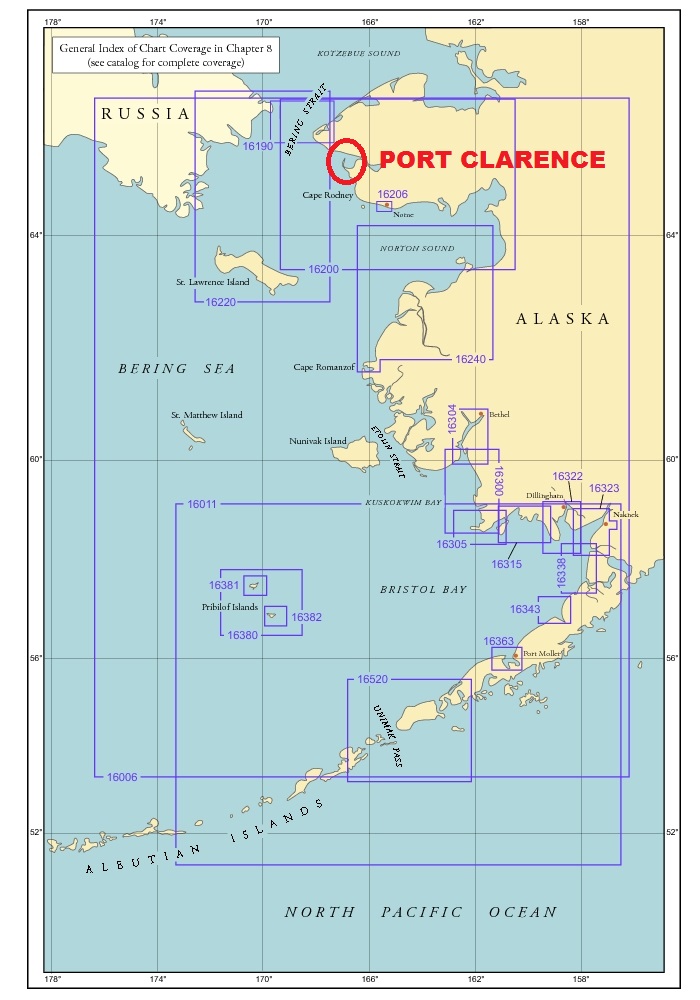 PORT CLARENCE CHART - for reference only - not for navigation 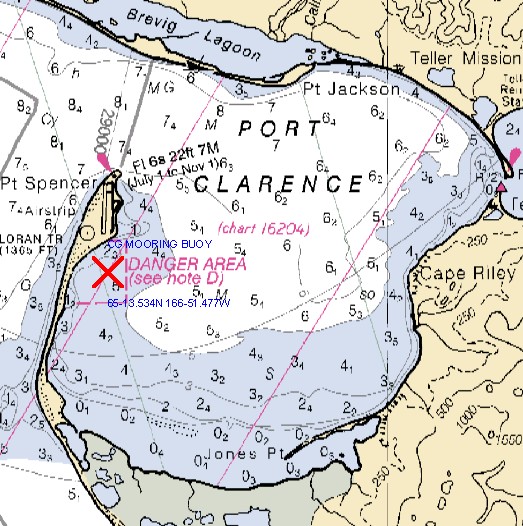 This was the best decision ever made, for one if they would have chosen Nome, they would of been faced with having to always dredge the port annually, and deal with the constant gold miners out in front of the town, and all the drugs and alcohol that is in Nome itself, beside there is to much discrimination in nome anyway.