The Madness Of The Mind 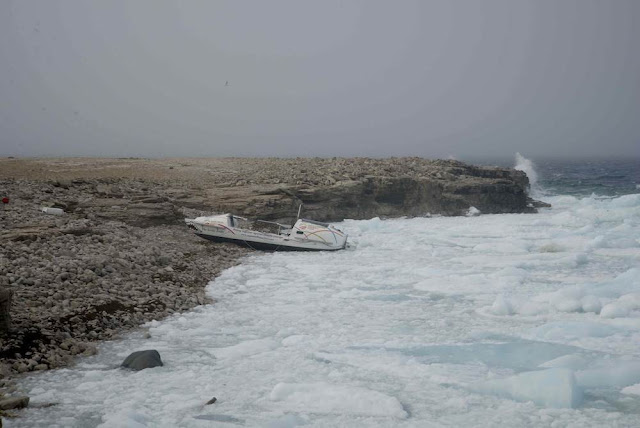 Most of the books I read are non fiction and many are autobiographies. I love reading about people and I find the human mindset intriguing – why we do what we do, why we often don’t do what we really want to do and how the mind and our own “head space” can have such a huge influence over the direction our lives take. I think it’s an area of human performance that is often overlooked.

For many years now, I’ve been a big believer that the body follows the mind so in advance of departing on this trip, I did spend some time on my own mental preparation and one of the things I did was to bring some letters with me from my family. I did this when I rowed the Atlantic and found it to be a very helpful boost at tough times. Sort of like “a mental solar panel” that helps recharge the mind and spirit. Perhaps this is akin to simply chatting with a friend or loved one when something goes wrong. So this time round, I asked my family to write whatever they want in the letter knowing that I will dip into this “mental well” periodically throughout the trip.

Whether it’s down to having the experience of the Atlantic under my belt, the fact that there are four of us on this trip or perhaps just being a bit older now, I’ve found myself experiencing far less “low moments” on this expedition so I haven’t felt the need to dip into my goody bag of letters. The only real negative feeling for me has been a periodic sense of frustration at our slow progress even though I know logically that there is nothing we can do about it. Ice and wind will always trump human power.

Yesterday Denis and I were chatting about this and we both agreed that when the trip is over, we simply want to be able to look ourselves in the eye and say we did absolutely everything humanly possible to get across the North West Passage. Essentially that we emptied the tank and left it all out there.

So later in the evening, I found myself in an interesting head space where once again, we were forced to shelter from the wind’s desire to push us out towards the menacing pack ice. But rather than feeling frustrated, I actually felt some contentment because I know we’re doing everything we can to make progress and most importantly we’re being as safe as we can about it. We had set up camp for the night on land, the dinner was nearly ready so I decided to take a walk up to a quiet spot looking out over Darnley Bay, to read a letter from my goodie bag – this one was from my Dad. I wasn’t feeling low but I just wanted to read a letter (something quite rare in today’s world) so I thought why not.

I went from feeling fairly good before reading it to feeling great afterwards. Thank you Dad for taking the time to do this in such a thoughtful manner. Thanks also for the reminder that my golf game is crap and that I still owe you a pint from our last outing earlier in the summer. I’m looking forward to this pint later in the year (and a rematch) and I think its fair to say we will not be having just the “one”.

Today is day 28 of our expedition, we are pushing things as hard as we humanly can so the intention is to simply keep doing this in a careful manner. The mind is in a healthy place and we are on the move today. Better not say that too loud as sometimes I think Mother Nature senses that you’re feeling good and then goes nuts on us………

A VIEW FROM SOUTH OF THE ARCTIC CIRCLE... I TOLD YOU SO!

2) Before reaching Inuvik Paul and his crew mates had lots to say about Global Warming... how it had melted the ice and made rowing in the Arctic possible.  I think all of them have experienced an attitude adjustment - Mother Nature teaches good lessons - and the sooner you learn that lesson the least number of times you may not have to repeat experiencing it again to reinforce that learning.  Global warming has nothing to do with the Arctic ice melting - it is like saying rowing in the Arctic is possible because of melting ice... science is not straight cause and effect... the sooner you learn real science the sooner you can make proper observations to collect necessary data to support or change your hypothesis... it is a never ending process... called learning.

3) Paul and the lads still don't get what the Northwest Passage is. It is NOT between the hamlets of Inuvik and Pond Inlet which is only 1,600 miles... it is considerably more in distance... about two times plus that distance and it involves what is recognized as seven navigation routes between the start and finish lines known as the Atlantic Ocean Arctic Circle at Davis Strait and the Pacific Ocean Arctic Circle at the Bering Strait depending on your direction of travel. The distance of the Northwest Passage in the last 107 years has been some 3,600 miles as 135 vessels have navigated from headland to headland or about 4,600 miles as the ARCTICTANTIC rowboat navigates next to the rugged and winding shorelines within sight of land.

4) Just for the record, the rowboat has been underway for about one month, say 30 days and has covered a boat navigation distance on a Northwest Passage route of some 300 miles. About 10 miles a day is the important number towards their finish line at Pond Inlet. Since track record speaks volumes about real progress, it is likely that the remaining voyage is likely to only reach half-way to their original goal at Pond Inlet. Half way is Cambridge Bay, about 600 miles ahead, 60 days from today makes it the first week in October... historical weather and climate data for October in Cambridge Bay is reported as:
Sometimes numbers don't sink in far enough to reach critical mass when pushing and doing everything humanly possible - except objective cognitive thinking - especially with these head strong rowers... but trust me... when a MINUS 49 degrees Fahrenheit WIND CHILL reaches your core muscles you will NOT BE ROWING... so lads, do you need to learn another lesson from Mother Nature?  Are you up to admitting defeat... THIS YEAR... no one said (except Kevin) that you would row it in one season... you can return NEXT YEAR and put some more miles on ARCTICTANTIC. And again a third year if you so choose... no one except 'Fast Eddie O'Connor' thought it was going to be a walk in the park. I'm sure his Irish MRP is still a source for next years vacation funding for the four lads...

BOTTOM LINE - START MAKING PLANS FOR STOPPING IN A SAFE PORT OF REFUGE... may I recommend:

Kugluktuk (Coppermine) is only 390 miles as rowboats navigate - about 39 days... you better get your back into those oars and stop pussy footing around. Else learn another lesson regarding why 'Global Warming' did not make it so you could (NOT) row in the Arctic... lol

BTW - wave good bye to the tandem kayak today... (as they pass you after starting a week behind you). 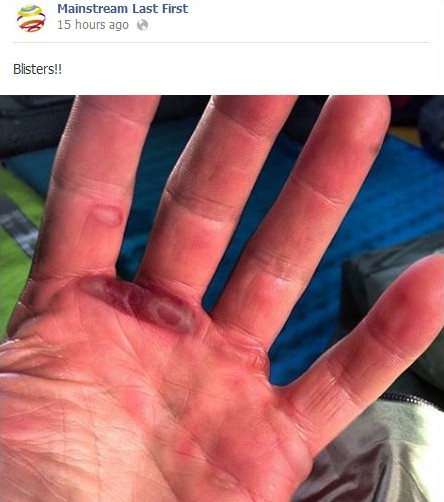 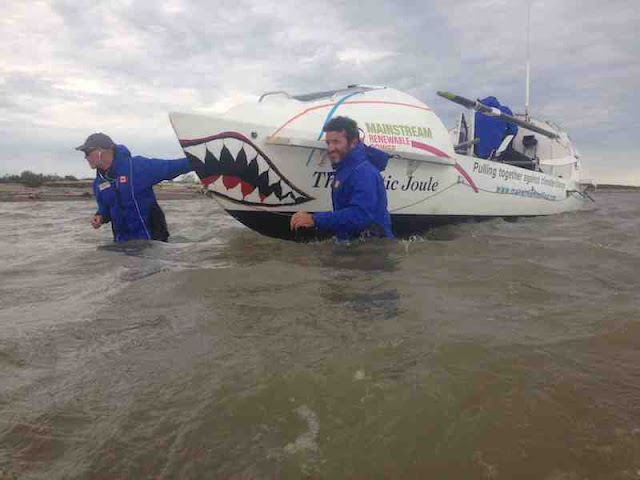