Uwe in Germany is concerned, as I am, about the Beaufort Sea ice moving south into the Arctic Alaska coastline and creating a gigantic sea ice blockage for marine traffic.

Take a look at the current satellite images, natural and with false colors, then compare your observations with the current National Weather System ice chart for Arctic Alaska. 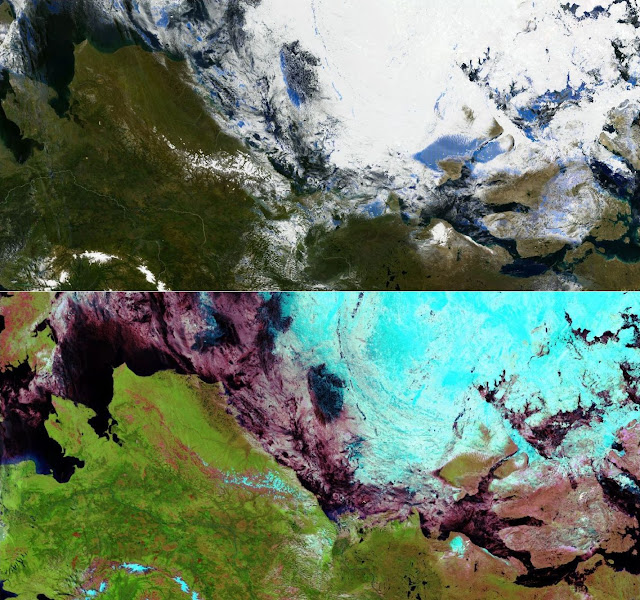 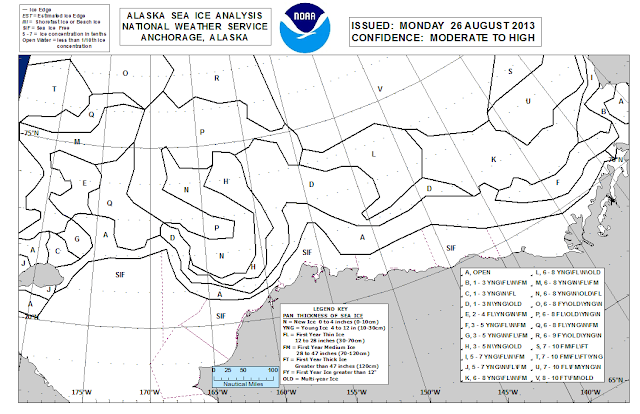 Next, do you remember the Arctic Cyclone of 2012? This cyclone’s central sea level pressure reached about 964 millibars on August 6, 2012—a number more typical of a winter cyclone. That pressure puts it within the lowest 3 percent of all minimum daily sea level pressures recorded north of 70 degrees latitude. This storm formed and intensified near the Beaufort Sea and moved to the central Arctic Ocean where it slowly lost its intensity over the next several days. Ordinarily, the Beaufort Sea and the Arctic Ocean are dominated by high pressure, so having a low pressure system form and intensify here is quite uncommon.

I don't need to remind you what the consequences could be if there was a major low pressure weather system in Arctic Alaska during the time when Northwest Passage yachts are making a westward run from the Mackenzie River area of Canada. Here is today's NWS weather forecast across the western Arctic region. 998 millibars is not low enough to worry me today... but the Fall to winter tropical weather systems from the Orient will soon be marching our way into Alaska with Siberian weather spiraling eastward colliding in Arctic Alaska. OUCH! Super storm? Cyclone?

My advise for NWP yachts - stage at Tuktoyaktuk or Herschel Island and identify a minimum 3-4 day good weather window to 'turn the corner' at Point Barrow for Nome Alaska.

STAY TUNED IN - this is not over until the fat lady sings in October.

Captain, Is 3-4 days enough time to do this?
Seems like a stretch with winds allowing a broad reach but if they have to tack into light air, it'll take a long time.